Narrative of "How fire came to Samoa" rewritten by Tatiana

A long time ago, in Samoa on an island there lived a happy couple and also their son named Ti’iti’i. In Samoa fire was unknown and people ate their food raw. On the island also lived Mafuie the earthquake god. Everyday Ti’iti’is dad Talaga would always leave the house before sunrise and return at night. Ti’iti’i always asked his mum where his dad was.

So one evening before sunrise Ti’iti’i followed his dad. Talaga travelled on a long journey past the coast and he went up England. Finally he stopped in front of a huge rock. Ti’iti’i saw that his dad talking to the rock. Suddenly the rock divided into two pieces. Inside the rock, the dad was making food. Ti’iti’i kept on throwing food at his dad. Then his dad found out that it was Ti’iti’i and told him to run home because it was not safe to be there.

When Mafuie found out that Ti’iti’i was there she chased him but he was clever and used his wrestling skills. Then Ti’iti’i told Mafuie to give them some fire and she agreed. She told them to use dry wood. From that day onwards, Samoans has fire and enjoyed cooked food.
Posted by Radha Moopanar at 11:13 9 comments:

Narrative of "How fire came to Samoa" rewritten by Keren 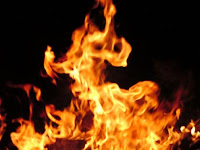 A very long time ago, on an island in Samoa there lived a couple and their young son called Ti’i’ti. In those days they ate food raw.

On the island there also lived the earthquake god Mafuie. Her home was in the under ground world where fire was continually burning.

Every day before sunrise Ti’i’ti’s dad went over huge hills. Once Ti’i’ti followed him and they made it to the very rocky mountain. His father Talaga said “Divide. It is me Talaga here to work”. Then his naughty son ate a piece of crisp fruit and chucked a piece of fruit at his dad’s back. Mafuie chased after him and Ti’i’ti decided to use some wrestling moves on him and Ti’i’ti destroyed Mafuie.

Mafuie promised to give them fire. From that day onwards Samoans had fire and ate cooked food.
Posted by Radha Moopanar at 11:11 5 comments:

These are photographs of the students in Room 8 at Glenbrae School.
BubbleShare: Share photos - Find great Clip Art Images.

Narrative of Maui and Irawaru rewritten by Alexis 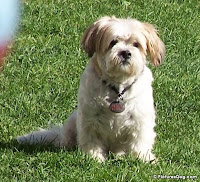 Once upon a time Maui’s little sister Hinauri got married to Irawaru. He was always annoying Maui.

Maui and Irawaru went fishing. Irawaru used barbed wire on his hook to fish. Maui said that there was something on the hook. They pulled out a fish and Maui realised that he was right. Maui caught the kingfish and Irawaru behaved as though he caught the fish.

Maui reshaped Irawaru into a dog by jumping on the waka that was on top of Irawaru. Hinauri got upset when she saw Irawaru and jumped into the ocean and married another man.

By Alexis
Posted by Radha Moopanar at 15:15 8 comments:

Narrative of Maui and Irawaru rewritten by Tamika

Maui’s sister was married to a man called Irawaru. Maui was trying to get on with him, but he was very annoying. When Maui was gardening Irawaru came along and disturbed him.

In the afternoon Maui was on his way fishing with Irawaru. They both threw their fishing lines out at the same time. They were waiting for awhile. When they felt there rods shaking they pulled it, but it was not coming up because their lines were tangled. Both argued about whose fish it was. They finally realised that it was Maui’s fish.

Maui had a thrilling plan. He told Irawaru to stand under the waka. Maui jumped on the top of the waka. Irawaru began to hurt and changed into a dog.
Posted by Radha Moopanar at 15:14 6 comments:

Narrative of Maui and Irawaru rewritten by Keren

One day Hinauri, Maui’s sister brought her husband Irawaru to visit her brother Maui. He was always annoying when they went gardening.

While Irawaru was there they went fishing in the waka. Irawaru caught a king fish because he cheated by using a barbde hook. Maui caught more fish as he was smart.

Thereafter Maui got so annoyed that he put the waka on Irawaru’s back and jumped on him until he was flattened. He pulled his back bone into a tail. He changed his jaw into a dog’s jaw and Irawaru became a dog.

When Maui’s sister saw Irawaru she jumped into the ocean. She made it to another Island and married someone else.
Posted by Radha Moopanar at 15:11 7 comments:

Maui’s wife, Hina went for a bath in the water. Then the eel saw Hina and fell in love with her.

The eel was chasing Hina. So Maui was jealous. He set a trap for the eel and used a net to get back Hina.

Maui stabbed the eel’s head and turned it into a fish and Maui got back with Hina. They lived happily ever after.
Posted by Radha Moopanar at 11:51 8 comments:

Narrative of Maui and Tunaroa rewritten by Tatiana

Maui’s wife, Hina was having a bath in the water hole. Suddenly “Aaargh” screamed Hina. There was an eel chasing her because somehow the eel fell in love with her and thought she was very beautiful.

So Maui got really jealous and he decided to kill the eel. Maui planned to use an axe to chop the eel. When Maui saw the eel in the water he ran up to the eel and began chopping it.

Finally the eel was destroyed and the body became vines, the hair became trees, the head became fish and the tail became tuna. So Maui and his wife lived happily ever after.
Posted by Radha Moopanar at 11:46 8 comments:

Narrative of Maui and Tunaroa rewritten by Keren

One day Hina, Maui’s wife went to have a bath in the waterhole. Then Tunaroa, the eel saw her and fell in love with her.

Thereafter he chased her away. Maui got jealous and angry because Hina was his wife and went to the forest and made a spear so he could kill Tunaroa. Thereafter Maui made a net and got his spear and set off to kill Tunaroa.

Maui and Hina lived happily ever after.
Posted by Radha Moopanar at 11:40 3 comments:

This is a story about how Maui got his wife, Hina back from Tunaroa, the eel.